During a session of Symphony Math, students may see the following message when they attempt to exit a Task Group: 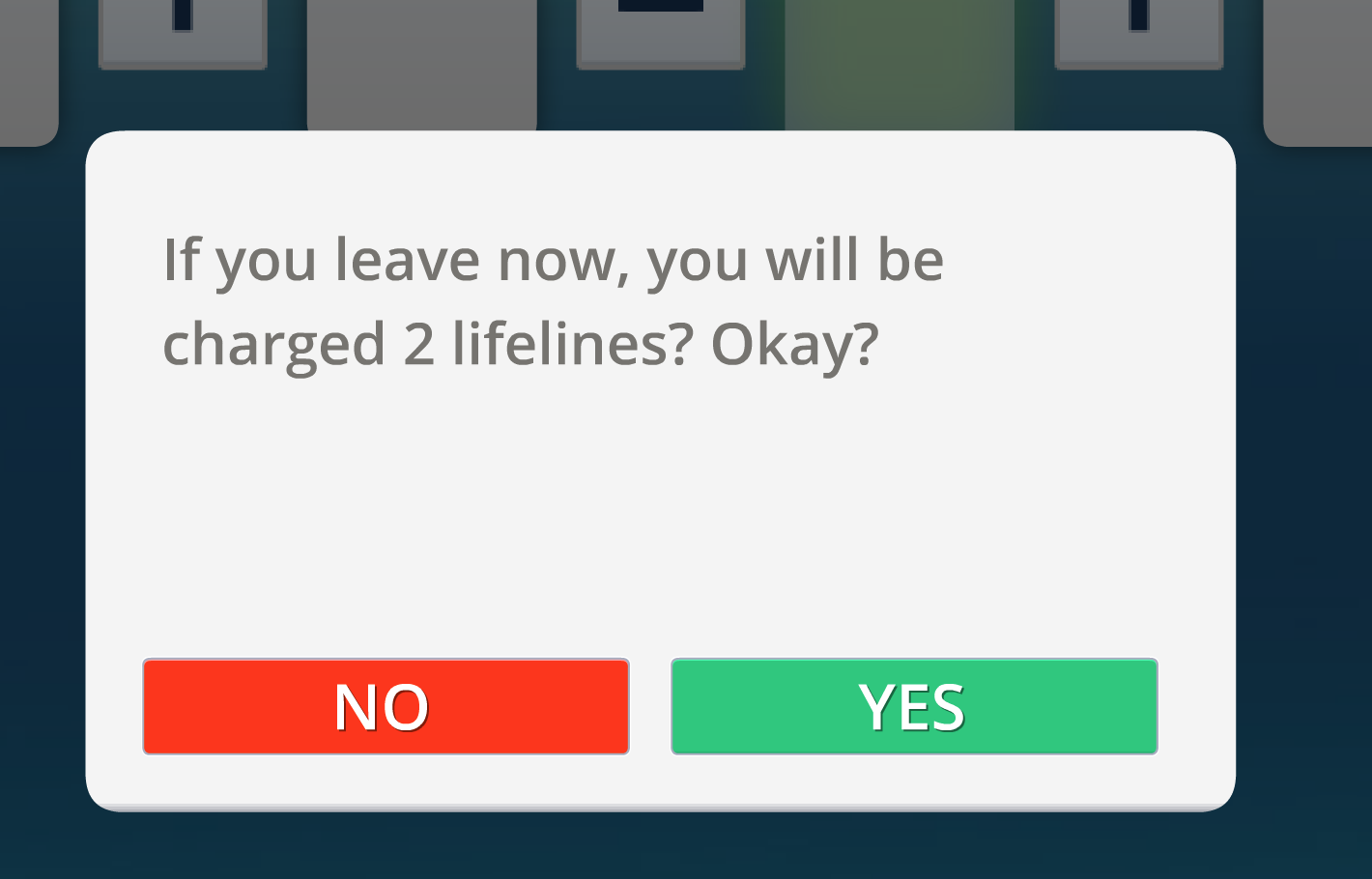 This penalty was put into place because students were leaving a Task Group in the middle of tasks to avoid being penalized for incorrect solutions. For example, if they solved a task incorrectly, they simply exited to the Game Board, then re-entered the task group. This clever strategy allowed students to move through the program much more quickly than we intended, because our branching engine never recorded their errors.

As a result, we added the feature above that discourages students leaving in the middle of a task. Please know that this penalty is only enforced AFTER the student makes an error or receives a hint. If the student simply sees a new task, but doesn't check any solution, they are free to exit without penalty.

Did you find it helpful? Yes No

Send feedback
Sorry we couldn't be helpful. Help us improve this article with your feedback.